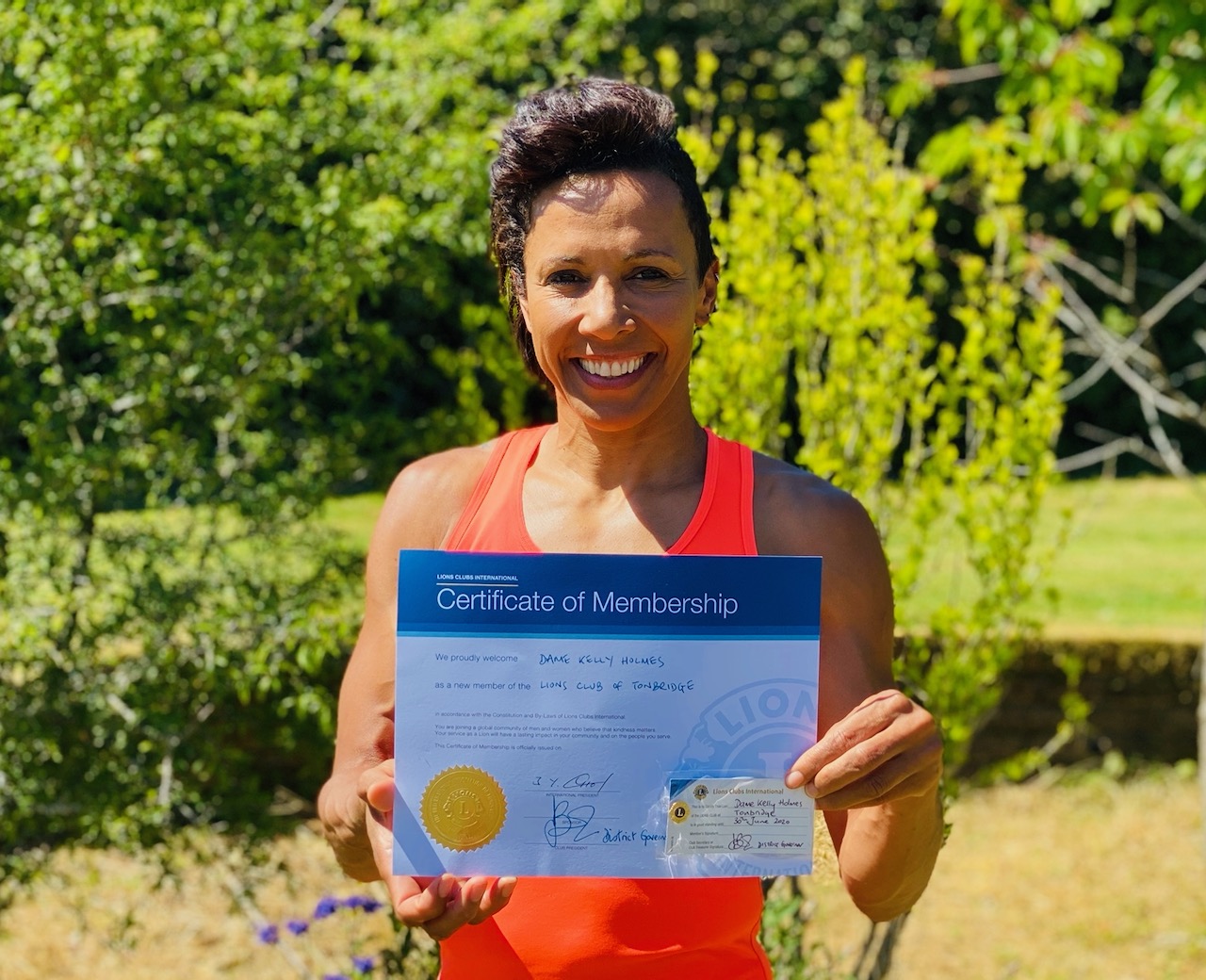 Dame Kelly’s association with Tonbridge Lions goes back to 2004 when the club members marshalled the crowd, which numbered 40,000, at the open-topped bus parade arranged by T&MBC to celebrate her double Olympic Gold Medal feat in Athens. The parade started in her home village of Hildenborough, passed through Tonbridge High Street and returned to Tonbridge Castle where presentations were made. Lion Allan Mort knew Dame Kelly when he taught her at Hugh Christie School, Tonbridge. “She is going to have to learn to call me Lion Allan instead of Mr Mort!” he quipped after the induction ceremony.

Lion Present Keith Bunyon said, “We are exceedingly pleased to have Dame Kelly as a club member and we thank her for agreeing to support our local charitable efforts. It is unfortunate that we are unable to have our Summer Carnival and Fête in Tonbridge next month. It would have been a great opportunity for Dame Kelly to have another ride up the High Street.” Two years ago, Dame Kelly became a supporter of The Lions International Blood Research Appeal (LIBRA). She is helping to raise awareness of its current Going for Gold Campaign to raise £300,000 for the haematology department at King’s College Hospital in London. Tonbridge Lion Michael Adams, a trustee of LIBRA, is pleased to have Dame Kelly join the club that he has been an active member of for 51 years.